First things first, The Analogue Press will be in attendance at the inaugural Sunderland Comic Con on 21st and 22nd February (soon!).

We’ll be selling copies of Broadcast #1 and throwing in badges and plectrums while stocks last. We also have a few Joel Benjamin prints to sell, left over from last year’s Kickstarter campaign. We’re sharing space with Broadcast #1 contributor Lydia Wysocki, whose half of the table will no doubt be much less sparse. I have it on good authority she’ll have a brand new comic for sale, amongst various other exciting things. Come by and say hi.

And now, to the meat…

We hope to have an exact release date for you soon, and expect to at least reveal the cover of our second issue later this month. Suffice to say, we’re close to having the issue together so you should be able to get your hot little hands on a copy in early spring 2015, from our online shop or from various stockists/conventions around the UK.

The issue will contain exclusive stories from returning creator Sam Zuppardi, as well as Radio On debuts from Sammy Borras, Adam Fallows and more TBA.

In the meantime, for whistle wetting purposes, below is a sneaky preview of Sam Zuppardi’s new story, ‘Professor Valdemar’s Final Experiment’. 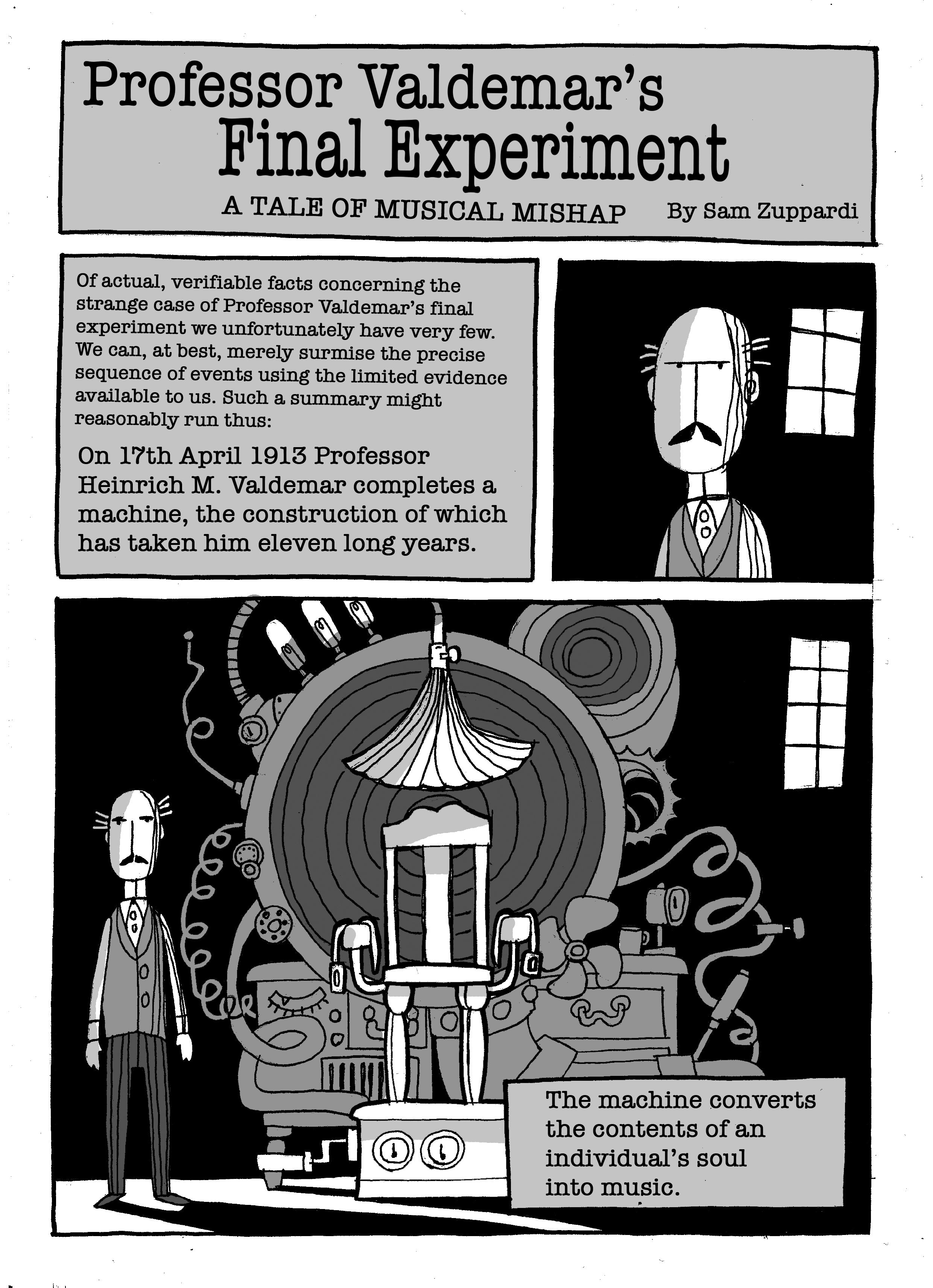 More news when we have it…

One thought on “Radio On – Broadcast #2 News / Sunderland Comic Con”